Following its acquisition of Polar Music in 1989, PolyGram decided that it may as well finally release Ring Ring and Waterloo on CD throughout Europe. Unfortunately, rather than simply base these releases on Polar’s 1988 versions, PolyGram opted for a cheap and nasty DIY job.

These CDs, which first appeared on August 20, 1990, are worthless but are notable for how remarkably bad they were. Having messed around with Abba’s artwork in 1987, PolyGram took even greater liberties with Ring Ring and Waterloo.

Most of Ring Ring’s original front cover was replaced by an awful shade of brown while an Abba logo (in an incorrect font) was crowbarred on. During this process, the front photograph also became strangely fuzzy and lost most of its original colour. 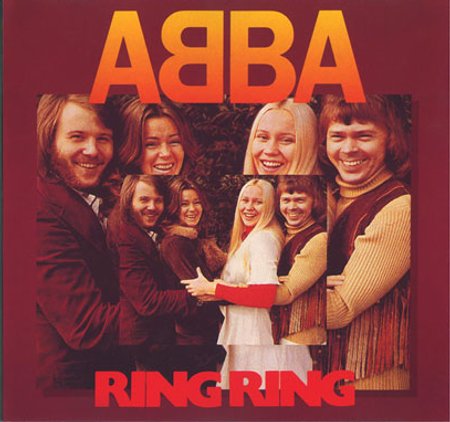 Ring Ring (1990): Brown wasn’t even a feature of the original LP artwork

Waterloo, for some reason, acquired a garish green and orange colour scheme with another dodgy Abba logo putting in an appearance. Meanwhile, Watch Out and What About Livingstone switched places on the tracklisting for no apparent reason.

Waterloo (1990): A strange combination of green and orange text

None of these flaws were fixed until the 2001 remasters and, to add insult to injury, the sound quality was unspectacular.

Although these releases meant that all the group’s original albums were now available throughout Europe, the catalogue release programme was completed with a whimper rather than a bang.