The best Europe can offer…
These compilations are among the most interesting European collections issued between 1985 and 1989. Four of them contain rare tracks while the fifth stands out as the only British compilation CD produced by CBS itself.

The descriptions have been cut down slightly for space reasons with further information available on the relevant alphabetically-organised section.

The first readily-available Abba CD compilation set the tone in many respects for those that followed: a smattering of hits, mixed with some rarities and served with variable sound quality with tracks culled from a mixture of tapes, ranging from excellent to downright poor.

For instance, The Day Before You Came sounds as good as any other CD of the era yet its b-side Cassandra comes from a mediocre analogue dub while the single edit of Eagle is taken from a particularly badly battered copy.

It contains two genuine rarities: the short version of To Turn The Stone, which has only appeared on CD as part of 1983’s ultra-rare I Love Abba compilation and the sole unremastered CD version of 1980 b-side Elaine.

I Love Abba (Polystar 1983)
Non-album tracks: The Heat Is On (alternate mix); To Turn The Stone (3.24 version)
The world’s first Abba compilation CD, I Love Abba was issued by Polystar, a German sublabel of PolyGram, in 1983. It is unclear how long it remained in print – the CD face design seen on the only circulating images probably dates to 1984.

The compilation itself is relatively unexciting except for the inclusion of a rare alternate mix of Agnetha’s The Heat Is On and the short version of Frida’s To Turn The Stone.

This version of To Turn The Stone appears on 1984’s From Abba With Love compilation but the alternate mix of The Heat Is On has not been issued on any subsequent CD. It is slightly different to the standard mix and can be easily identified as it begins with what appears to be a faint count-in. It is, however, available as a Vogue 7” single issued in France in 1983. 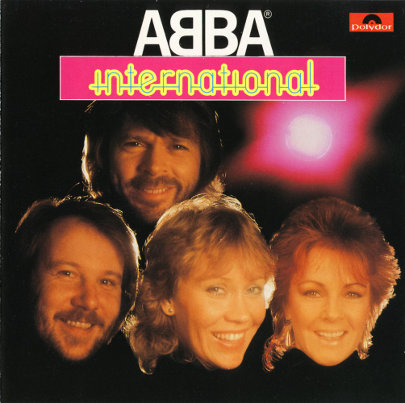 Seemingly compiled by an insane fan with an encyclopaedic knowledge of Polydor’s vaults, International is an essential early CD compilation – featuring no fewer than seven rare tracks, some of which are still tricky to come by today. Compiled from good source tapes, all the rarities sound better here than their later remastered appearances. If that’s not enough, an eccentric tracklisting which relegates Dancing Queen to Track 17 provides added entertainment.

The Love Songs (Pickwick 1989)
Non-album tracks: Should I Laugh Or Cry, Lovelight

Most of this collection, the final of Pickwick’s four Abba compilations, is a bog standard selection of album tracks. But it is elevated to the level of an essential purchase through the inclusion of Should I Laugh Or Cry and Lovelight, making their sole unremastered CD appearances. 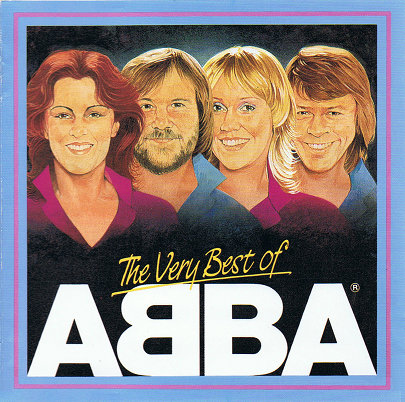 The Very Best of Abba (Readers Digest 1989)
Non-album tracks: None

Ever wondered what a CBS CD version of The Singles: The First Ten Years would have sounded like? This British compilation provides the answer.

Essentially a cut down version of the original 1982 compilation taken from CBS’s UK master, this 14-track collection raises interesting questions about what could have been.

In general, the mastering is less bright than Polydor’s official version of the album with tighter bass and slightly quicker fades. There is a minor dropout in Summer Night City but it can only be noticed with headphones.