CBS invade the Netherlands
The situation surrounding Abba’s European licences at the turn of the 1990s can only be described as confusing as a number of different licencees issued CDs outside their historic territories.

1989 saw the strange encroachment of RCA into the Spanish market with their version of Gracias Por La Musica while Abba’s British licencee CBS seems to have made several incursions into one of Polydor’s continental European strongholds at the same time.

The most common of the CD titles is a single pairing Happy New Year with Angel Eyes, which was released as a novelty CD card in the Netherlands in the run up to Christmas 1989. 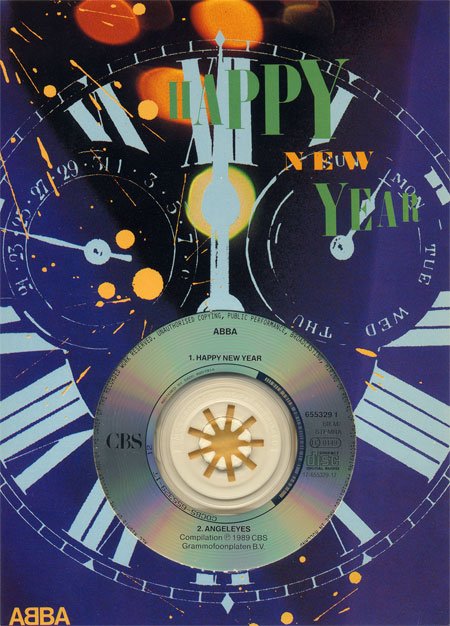 Incidentally, the CD was able to fit in the card because it was issued as a three-inch CD, a relatively unusual format which was popular for CD singles at that time (normal CDs are five inches in diameter).

There are actually two versions of this CD available: one has a different catalogue number and text layout than the other one. They are both identical musically and share the same matrix number.

Indeed, no pictures of the title have ever been published on any Abba website until now. In common with Happy New Year, there appears to be two versions of this title – one version has a plain white back cover with bluish-purple text.

Unfortunately, this website doesn’t have any pictures of that version but it does finally have images of the second variant, courtesy of US Abba fan Dave Turney.

The pictures below make it perfectly clear that this title – which has often been misidentified as a US release – was actually distributed in Europe. The inserts were printed in Holland while the CDs were pressed at CBS’s plant in Austria. 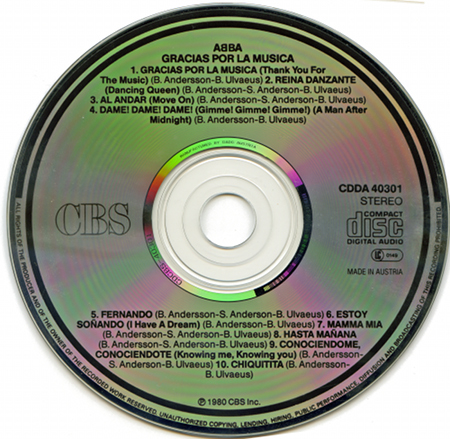 Given that CBS had its own US manufacturing operation, an Austrian-made CD
suggests that this was a European title

Unlike the first version, this version sports a standard CBS back cover, listing the contents against a light brown background. The inner booklet is a sparse two-page black and white affair, which provides further evidence of its European origin, containing abundant references to two of Polar’s song publishing arms, Polar Music AB and Union Songs AB. 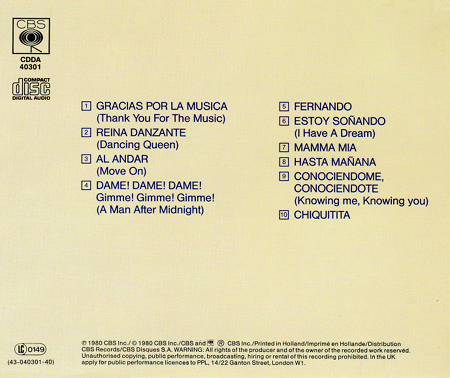 Many early CBS CD titles had generic back covers. It is unclear whether the UK reference has any significance or was just part of the label’s generic copyright text for that era.

It can easily be identified from other CD pressings of the album because the artwork on the front cover is tightly cropped, removing most of the top and bottom sections of the ‘airmail’ border. 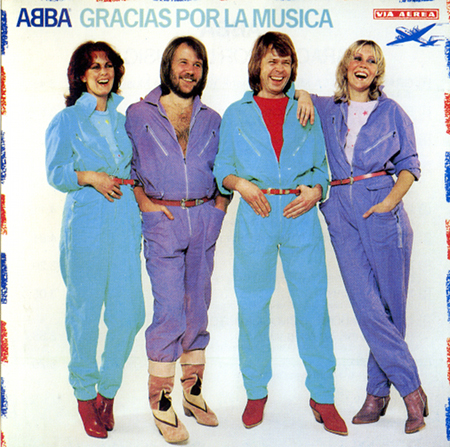 All these CBS titles were likely to have been available for a strictly limited period of time as PolyGram took control of Polar Music in January 1990 and immediately began withdrawing Abba licences.

In terms of value, Happy New Year is probably worth around €20 to €30 while Gracias Por La Musica is comfortably worth over €100.

Thanks to Dave Turney, Laura Hitchens, Lex Corback-Buissink and Abba4therecord.com